The first unambiguous observation of a radioactive molecule, 26AlF, was made in the ancient nova-like object CK Vul (or Nova Vul 1670), which – most likely – is a stellar-merger remnant. The eruption of the object was observed between 1670-1672 in Europe. The interest in this object has been recently rejuvenated by the discovery of molecular gas of a very peculiar isotopic composition in the remnant.An international research team led by Tomasz Kamiński from the Harvard-Smithsonian Center for Astrophysics and including Karl Menten from the Max Planck Institute for Radio Astronomy in Bonn, Germany, announces the findings, as Advanced Online Publication in Nature Astronomy (2018 July 30). 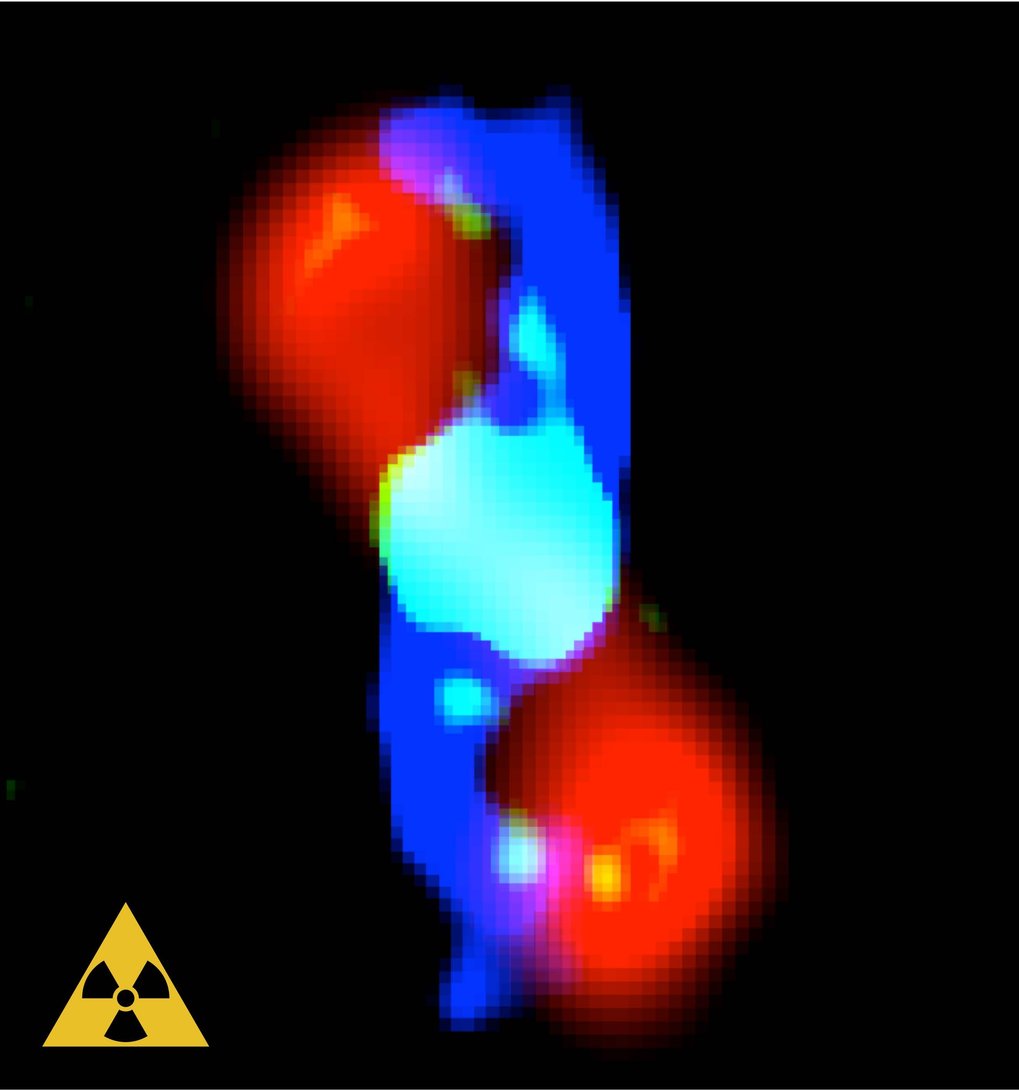 The variable star CK Vulpeculae (CK Vul) is known as the location of a stellar outbreak, a nova, which was observed by European astronomers in the 17th century in the direction of the constellation “Vulpecula” (the little fox). Nova Vul 1670 was easily visible with the naked eye and varied in brightness significantly over the course of two years. It took a long time, until 2013, before astronomers, first using the Atacama Pathfinder Experiment telescope (APEX), could trace molecular gas of a very peculiar isotopic composition in the stellar remnant. Analysis of these very surprising findings indicated that a rare and spectacular stellar merger of two stars took place. The collision created a so-called red transient source or a red nova, a newly recognized class of eruptive stars.

The observation of the 26Al isotope provides direct insight into the merger process in CK Vul showing that even the deep and dense inner layers of the star can eventually be exposed in a stellar collision. More specifically, the observations constrain the nature of the binary system that merged more than 300 years ago: a low-mass binary that contained a red-giant-branch star of a mass of 0.8-2.5 solar masses.

This first direct observation of 26Al in a stellar-like object is also important in the broader context of the Galactic chemical evolution – this is the first time an active producer of the radioactive nuclide 26Al has been directly observationally identified. It has been known for decades that about two solar masses of 26Al is spread across the Galaxy. Although observable in gamma-ray emission, this radioactive cloud has unclear origin. With current estimates on the mass of 26Al in CK Vul and the Galactic merger rate, it seems rather unlikely that mergers are solely responsible for this Galactic radioactive material. However, the actual mass of 26Al in atomic form in CK Vul and other merger remnants may be much higher and the current merger rates can be very much underestimated, so this is not a closed issue and the role of mergers may be non-negligible.

In addition to putting into spotlight a new type of objects not considered before in the context of Galactic 26Al production, the discovery illustrates that modern millimeter-wave interferometers such as ALMA may be used to search for active 26Al producers at much better angular resolutions than gamma-ray observatories.

Another interesting aspect of the work is that the line positions were first calculated by molecular spectroscopists, who are co-authors of the study. Characterizing material containing 26Al in through direct measurements in a laboratory would be very challenging and expensive so calculations were the only practical option. The observed transitions match perfectly the predicted ones.

CK Vul remains an enigmatic source in the sky providing a playground for new astronomical detections. 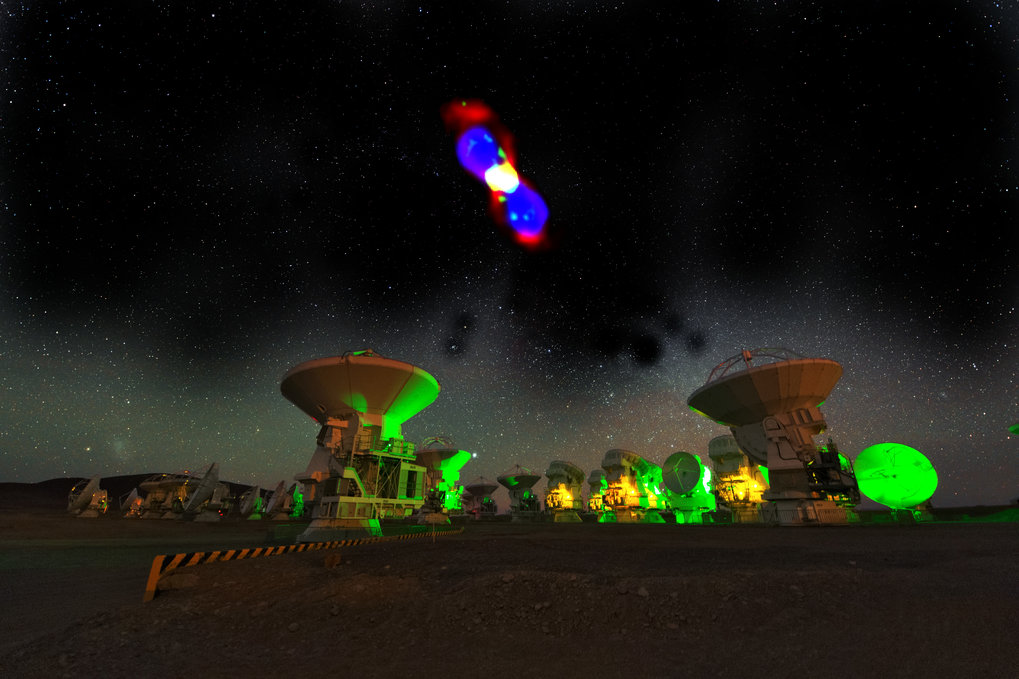 Color reproduction of the nebula surrounding the star CK Vul (cf. Fig. 1), overlayed onto a night image of the ALMA … [more]

The discovery involved the following telescopes/facilities: APEX, IRAM 30m, NOEMA, ALMA, and SMA. The most relevant observations were done with the transforming PdbI/NOEMA interferometer and with the ALMA array, including its newly commissioned band 5 receiver.

Karl M. Menten, director at MPIfR and head of its Millimeter and Submillimeter Astronomy division, is co-author of the paper.